Notification When Prisoners Were Released

It was only after the Namibian prisoners serving life sentence on Robben Island were released in November 1985, that we realized we had no way of contacting everyone participating in the bracelet program.  We only had the names and addresses of those who ordered the bracelets via mail directly from us.  If someone bought 10 bracelets and gave them to their friends, we would have the original person’s contact information, but had no way of knowing who the friends were and which bracelet they were wearing.  Similarly, the same problem would occur if the bracelet was bought at a retail store, or at a rally.

Therefore, we started including a postcard in the Informational Brochure.  That way, even if the participant did not receive their bracelet directly from us, we would have their contact information if they returned the “buff-colored” postcard.  Of course not everyone returned the postcard, but it was our attempt at staying in touch with participants and being able to let them know when a certain life prisoner was released. 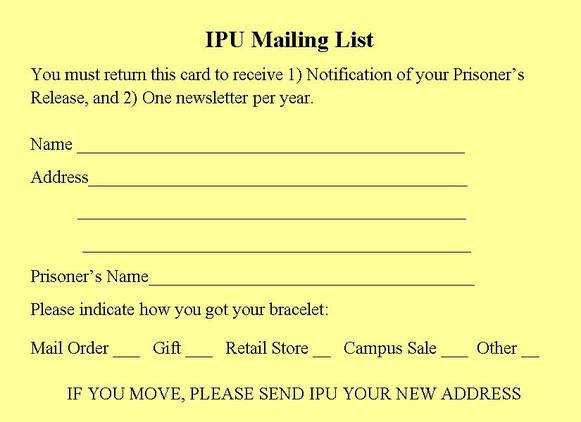