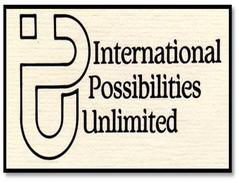 In 1985, International Possibilities Unlimited (IPU) launched the Political Prisoners of South Africa Bracelet Program to build people-to-people ties between individuals in the United States and prisoners serving life sentences in South Africa during the apartheid era.  Twenty-five years later, we launched an effort to collect, archive, and share materials in order to document the impact of the program on the lives of former prisoners, their families, and those who wore bracelets as an act of solidarity with the people of South Africa and Namibia.

We would like to get some basic information from people who wore a South African Political Prisoner Bracelet anytime during 1985-1991.  Please go to http://www.surveymonkey.com/s/MJMDKBK  and complete the short survey.  It will only take 5 minutes of your time.  Thank you!!!

As you can imagine, the herculean task of trying to find former political prisoners 24+ years after their release is only surpassed by trying to locate the 5,000 people who wore the bracelets 20-29 years ago!!!  You can help us by:

1.     Completing the participant survey above.
2.     Joining our mailing list - complete form at http://www.surveymonkey.com/s/CH3J6TZ
3.       Becoming a “fan” of the Bracelet Program Documentation Project on Facebook
4.      Telling your friends who had a bracelet about this initiative and asking them to do 1-3.